All images provided by Eric White, unless otherwise noted.

The following is a copy of a history of the White Brothers mills, written by the White family in 1942. 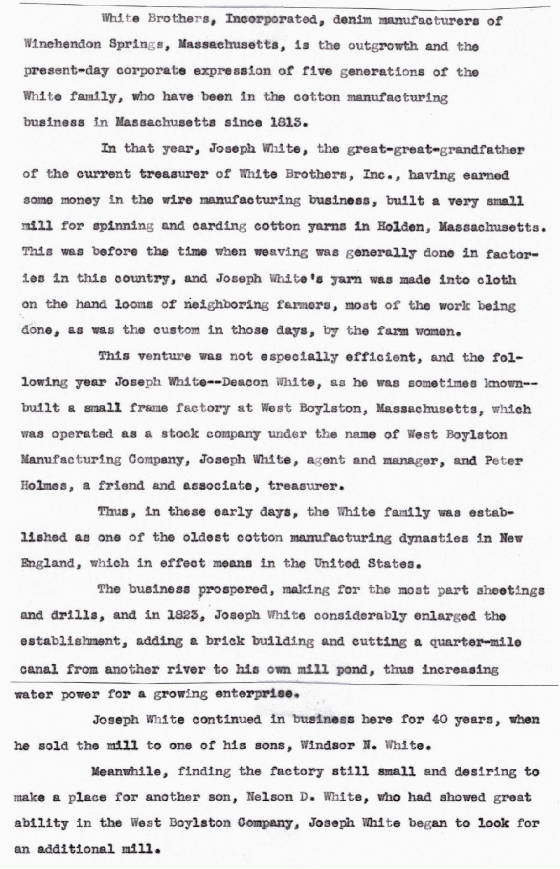 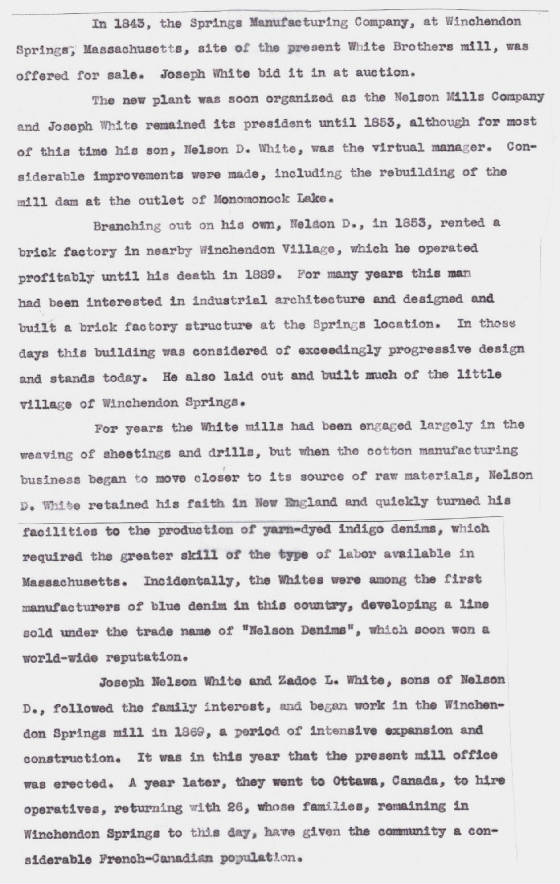 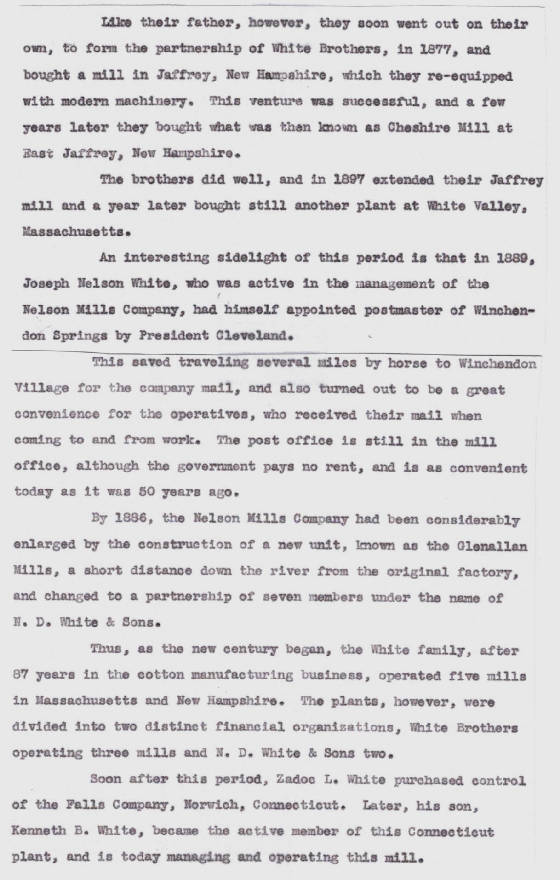 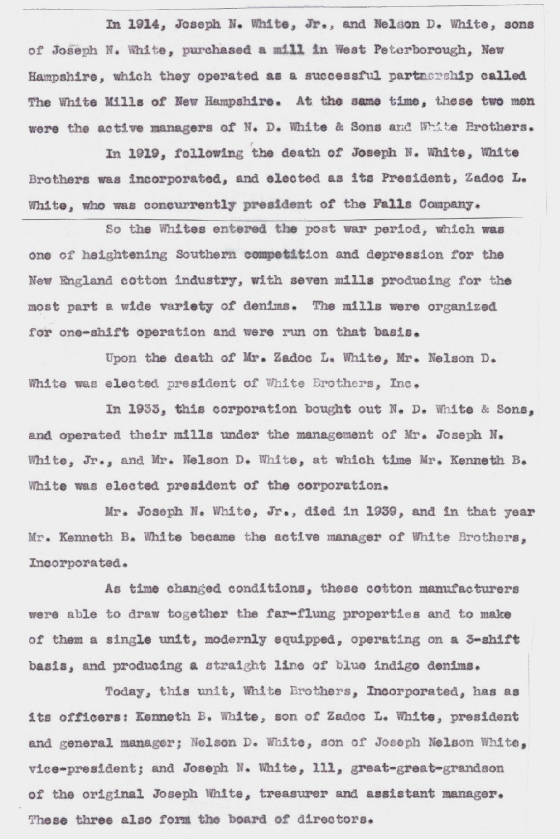 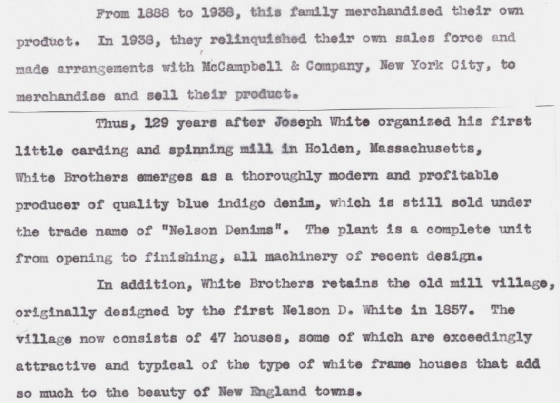 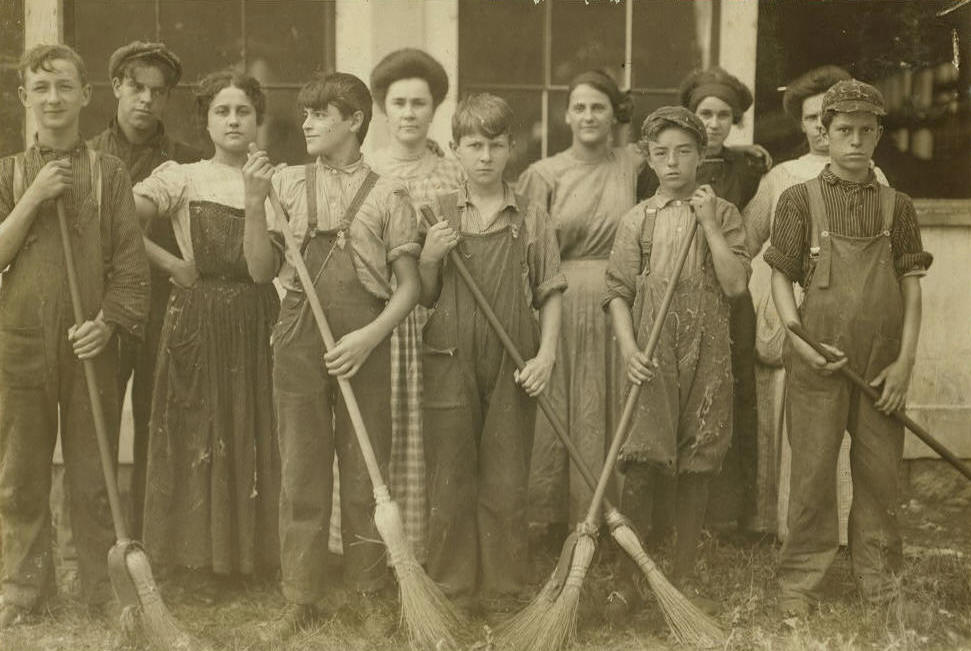 Lewis Hine caption: Group of sweepers and doffers in the filling spinning room of Glenallen Mill. The boys were smuggled out of the back window during hours by second hand. All work. Smallest boy is Francis Pagnette. Also Henry Smith. Maple Street.] Location: Winchendon, Massachusetts, September 1911. 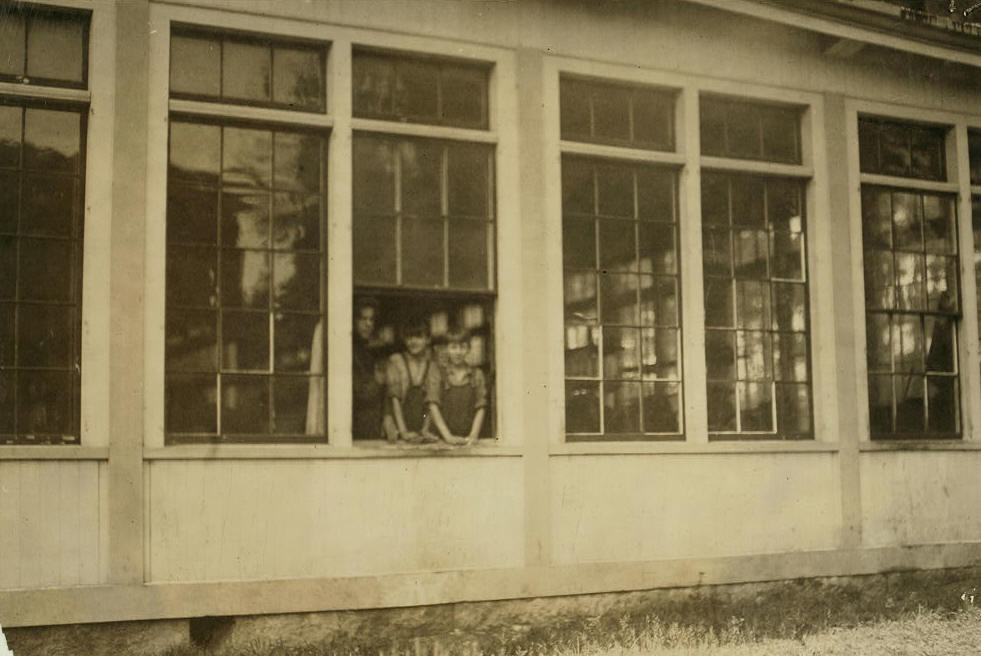 The following is from the Boston Evening Transcript, on January 27, 1903.

“In Massachusetts, it will be recalled, the arousal of the public sense as to the need for child labor regulation began at the time of the great Fall River mills catastrophe, when hundreds of children from seven to nine perished, unable to save themselves as did the older people. The Massachusetts Legislature took a radical step, which is imitated now all over the land, when it passed its first child labor law in 1875. That law provided that children under ten should not work in cotton mills, no matter what the exigency of the family might be. Within the last decade the age has been raised to thirteen, then to fourteen, and only last year, the compulsory education feature was attached, which makes the law strong and guarantees its complete enforcement.”

“The bugaboo that the help of the child is needed for the family support is one which is untenable. In the few cases where the aid of the child might possibly be the wall between family self-support and pauperism, the help required has been easily forthcoming and the child’s life saved for the State. Even under the new and rigid child labor law, in this year of excessive privation caused by lack of coal, there has been no excess of pauperism. If the family can survive in such a season as this without the child’s aid as a bread winner, it is safe to say it can be done in all seasons. And what is true of Massachusetts is true of every state. Give the children a chance.” 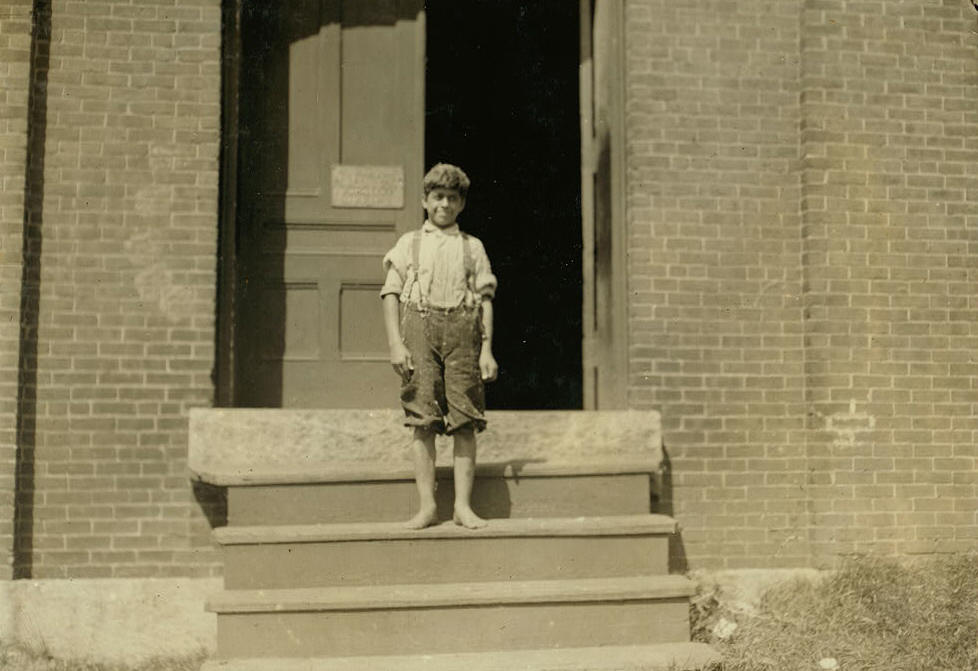 Interview with Eric White, a member of the first generation that did not own the Spring Village Mill