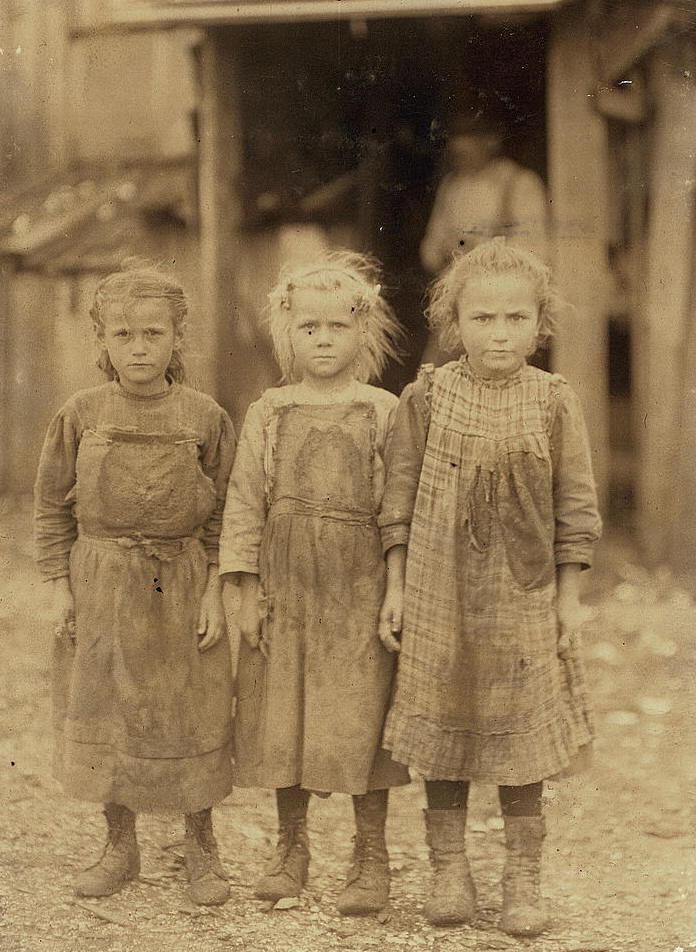 This is one of about 20 photos Hine took at this little hamlet in the South Carolina “low country.” His photos of little children in the seafood packing places were among his most heartwrenching. With only their first names to go on, I was unable to positively identify any of these girls in the 1910 census for Bluffton, where Port Royal residents appeared in that year. I managed to get the photo published in a Port Royal-area newspaper, but no one recognized any of them.

Subsequently, I learned that most children who worked at this place were Polish and Bohemian immigrants who lived most of the year in Baltimore, Maryland, and worked in southern fish canneries in the winter. I was unable to interest the Baltimore Sun in publishing the photo. So I made one final effort. looking again at the 1910 census for anyone named Josie or Josephine, Bertha and Sophie, and came up with Sophie Dudeck, born in Maryland in 1901, and living with a family that worked for an oyster cannery. I was virtually certain that she was the Sophie in the photo, so I searched for her descendants. It’s not easy searching for girls, since most of them marry and change their last names. So I searched for descendants of her male siblings.

This eventually led me to two older adult males in the Baltimore area named Dudeck. I called both of them. One said he had never heard of Sophie. The other reluctantly admitted that Sophie was an ancestor, but he didn’t want to talk to me since I was a stranger, certainly a justifiable reaction. So I mailed him the Hine photo, waited several weeks, and called him back. He said he wasn’t interested, and hung up.