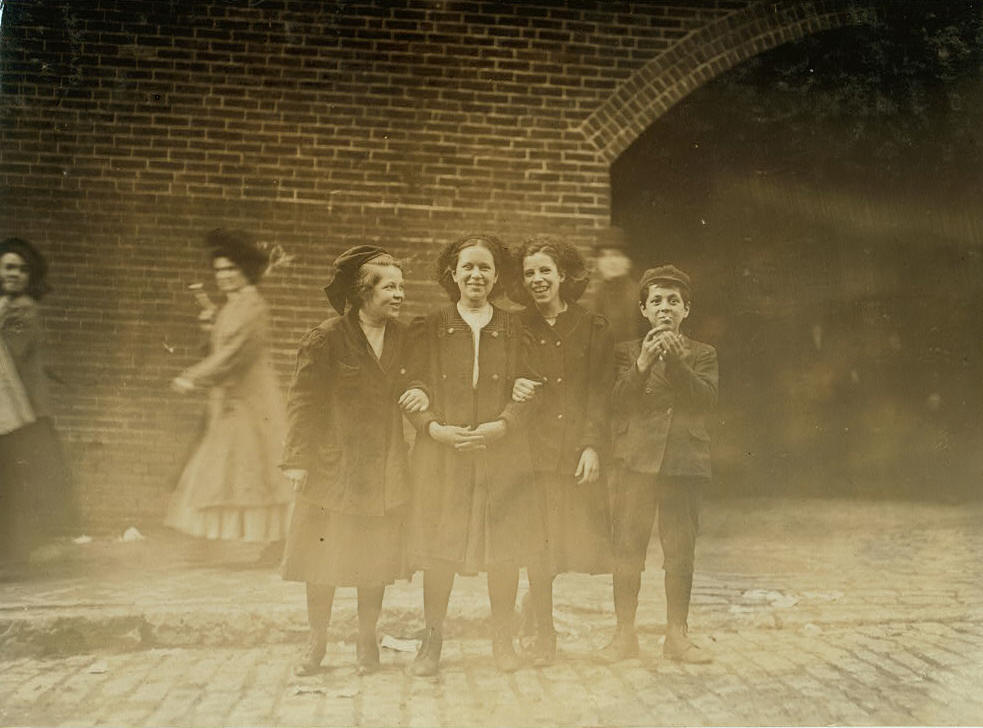 Lewis Hine caption: 6 P.M. April 23, 1909. A few of the young workers in Bates Mfg. Co., Lewiston, Me. Many more and younger. This mill is as bad as the average South Carolina mill in regard to child labor.

In April of 1909, Lewis Hine took 13 photographs in Lewiston, Maine, a city along the Androscoggin River, which boasted many textile and shoe mills. He took 10 photos at the Bates Mill, and three at the Hill Manufacturing Company mill.

Unfortunately, he did not identify any of the children in the pictures. On August 19, 2011, I made a presentation about the Lewis Hine Project at Museum L-A, a terrific history museum located in the Bates Mill complex. A reporter from the Sun Journal, the local newspaper, covered the event. With her assistance, the Sun Journal agreed to publish all 13 of the Hine photos, hoping that readers might be able to identify some of the children. All the photos were published, but no one responded. Sadly, the children remain anonymous. Do you recognize any of them?

See the photos below. Click each one to enlarge it. You can also see several newspaper articles about child labor in Lewiston, and my research about Sadie Mason, one of the child workers that was injured. Sadie was not photographed by Hine.